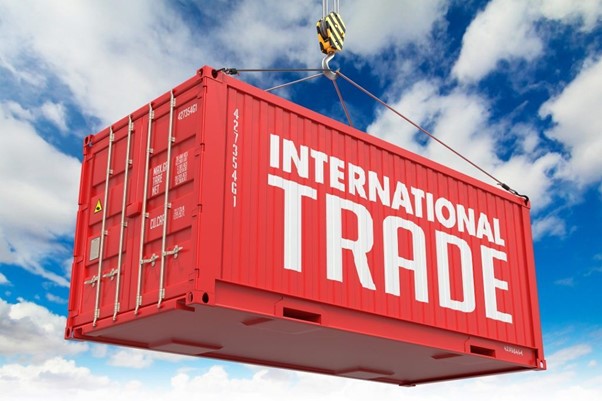 The issue of Brexit has dominated British politics for more than six years. Despite claims of "getting Brexit done", several issues remain unresolved and the repercussions for the UK economy have been quite significant – although we mustn’t forget how the

picture has been enormously skewed by the impact of the pandemic. Positives can of course be found in the UK's new situation in the world, especially in terms of long-term, as yet unrealised potential, but two years after the official exit date from the EU, British manufacturing is yet to achieve its ‘new normal’.

Customs Declarations
According to Lucinda O’Reily from The International Trade Consultancy negotiators on both sides had hoped to avoid this situation – but British importers and exporters now need to complete customs paperwork for European trade that was unnecessary with EU membership. (Even many Leave advocates suggested remaining in the EEA post-Brexit, with a similar trade relationship to Switzerland or Norway.)

One of the major post-Brexit challenges for manufacturers is to get to grips with HS or commodity codes. These codes classify goods and specify the relevant tariffs for import or export. From these, duties and quotas, as well as licensing and labelling requirements are determined. Incorrect codes cause delays at ports and reputational damage, and with updates every 5 years, companies will need to stay on their toes.

Similarly, Incoterms, or International Commercial Terms, have become an issue that UK traders with the EU now need to be familiar with. These specify the obligations, risks and costs associated with the sale and purchase of goods. They're mainly used in transportation, to determine who is responsible for carriage, insurance, documents, security and so on.

The Northern Ireland Protocol
A particularly difficult snag in the Brexit process, and an ongoing source of dispute, is the Northern Ireland protocol. The island of Ireland now contains the EU's only land border with the UK, and yet for years, an open border between the Republic and the North has helped to quell tensions in the region. For that reason, the NI protocol was put in place in the Brexit agreement to allow goods produced in Northern Ireland to be sent across the border without customs formalities. However, to the inconvenience of GB exporters and the consternation of many in the Unionist community, this means a de facto border within the UK, in the Irish Sea.

The UK government has therefore proposed to unilaterally override the protocol, which would set up red and green channels for export (for ROI and NI destinations respectively). It would also allow British exporters to NI to choose between EU or UK standards, end EU control over state aid and VAT, and curb the oversight of the European Court of Justice in Northern Ireland. It would also ratify the UK's ability to make further changes to the protocol at will. Needless to say, this has soured relations with the EU further and introduced more uncertainty into future trading arrangements for UK manufacturers.

Other Problematic Factors
On top of the difficulties of Brexit, the Covid-19 pandemic has had a huge global impact, and for manufacturers, particularly severe disruptions to supply chains, interrupting trade for significant periods. And that's not the only headwind facing UK manufacturers. HMRC is transitioning to a new system for handling customs entries. The move from 'CHIEF' to 'CDS' will require significant staff training to meet both sets of requirements until the transition is complete. Failures will result in delayed transit and interrupted business. Add to this the problem of inflation and uneven economic recovery and it seems that, unfortunately, the business landscape for manufacturers looks rocky for some time yet.

All this isn’t to say that there isn’t room for optimism among UK manufacturers. There is.

The sector has weathered far worse storms in the past and post-lockdown, many businesses are experiencing enormous growth. The best response to uncertainty is to build greater resilience and flexibility into supply chains and business systems. This allows manufacturers to absorb shocks more effectively and respond quickly to new opportunities and market conditions.

Here at Hone-All, the demand for our excellent quality and specialist services has resulted in increased demand for exports and the subsequent complexities involved. @LucindaO'Reilly AMIEx helped us find the simplest and easiest way to navigate the issues and as a result, has helped us exploit more opportunities than we would have.

To find out why international customers are selecting Hone-All to be their supplier of choice, contact us today on 01525 370666.